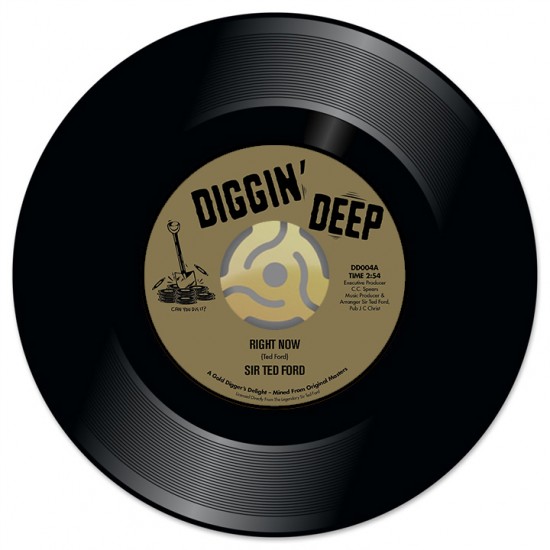 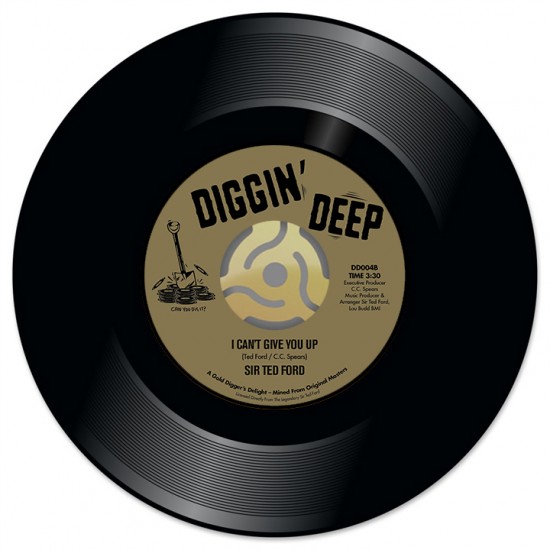 The latest 45 is an astounding double-sider that Diggin’ Deep are extremely proud to be able to bring to you.

Two tremendous Soul sides, each with a different flavour, though both are classic ‘Muscle Shoals’ tracks, emanating from the legendary FAME studios, Muscle Shoals Alabama, USA.

To try to describe the topside of the new 45, entitled quite simply ‘Right Now’ I don’t think we’ll be able to really do it justice, except to say it’s without doubt the best unreleased, unheard, Southern soul dancer we’ve encountered in years.

‘Right Now’ by Sir Ted Ford is the type of sound that ticks all the right boxes and will be sought after by collectors of Northern, Crossover and Southern Soul alike! It’s really that good.

This exclusive Diggin’ Deep issue is its first ever release in any format and is out now for a very limited time on one of our special edition vinyl 45’s.

For the flipside we have chosen to release Sir Ted’s killer blue soul opus ‘I Can’t Give You Up’. Long regarded as a Deep Soul classic, this vocal tour de force was only ever made available on the small Budd label, released some 50 years ago. To many it’s the epitome of Muscle Shoals Deep Soul and recorded (as with the topside) at Rick Hall’s Fame Studios in 1969. The backing is provided by the famous ‘Swampers’ and we are sure it will leave all true music fans breathless, behind the tortured and ‘heart wrenching’ vocal of Sir Ted Ford.

Both Sides are written by Sir Ted Ford and are a testament to this artist’s undoubted and wide-ranging talent.

Diggin’ Deep are honoured to be able to bring you these recordings and are planning more from Sir Ted Ford, later in the year.

Please take a few minutes to listen to the promotional video. We hope you’ll agree, this is a 45 that every Soul fan will want to have in their collection.

DD004 collector’s release is a limited pressing @ just £12 each plus postage and packing.