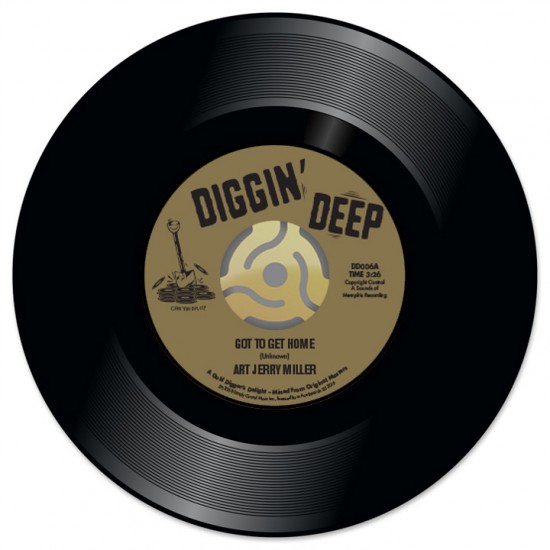 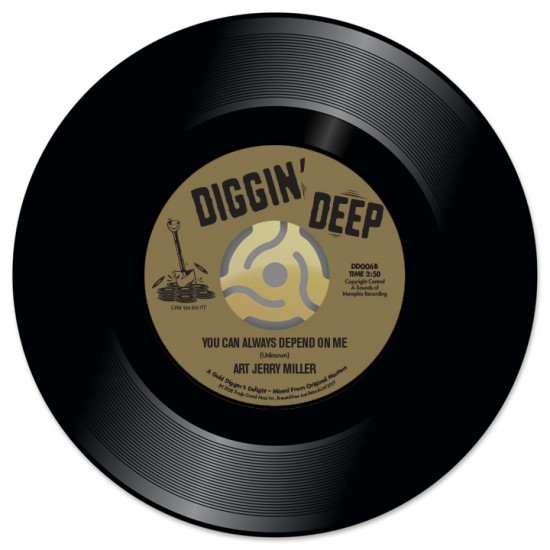 The latest 45 is another superb double-sider that Diggin’ Deep are very proud to be able to bring to you.

Two tremendous Soul sides, each with a different flavour, though both are classic ‘Southern’ tracks, emanating from the legendary Sounds of Memphis Studios, Memphis, Tennessee USA.

Art Jerry Miller, born in 1945, was a Memphis pianist/organist, who often worked at Royal Studios for Hi Records. He started out as part of the Hi studios band, writing the smash hit ‘Up Hard’ for Willie Mitchell.

His own LP ‘Rated X’ was recorded for the Stax-associated Enterprise label in 1969, probably recorded at the Hi studio with the group's own musicians augmented with Wayne Jackson and Andrew Love.  The Enterprise LP spawned a solitary single ‘Finger Lickin Good’ (until today his sole release on the 45 format).

AJ’s degree of involvement with Sounds of Memphis Records is unclear, but what has become more obvious is that he was certainly a very talented musician and band leader, however, it is unlikely that he is the vocalist on either side of our latest Diggin’ Deep issue. Those two gentlemen remain a mystery, though the pair of them put in very impressive vocal performances on a couple of fabulous songs.

We chose to go with ‘Got To Get Home’ as the topside as it is a strong and emotional Southern Soul ‘Homecoming’ track, very much in the bluesy bag we adore and aim to promote on Diggin’ Deep Records.

The flipside ‘You Can Always Depend On Me’ is a soulful, midtempo, outing so right for the dancefloor, steaming along in a Tyrone Davis inspired groove. DJ’s who have heard it so far have given it the thumbs up, so expect this side to be popular for years to come.

This exclusive Diggin’ Deep double sider is the first ever release as a single and out now for a very limited period on one of our special edition vinyl 45’s.

We hope you’ll agree, this great double-header is a 45 that every real Soul fan will want to have in their collection.

The DD006 collector’s release is a limited pressing @ just £12 each plus postage and packing.