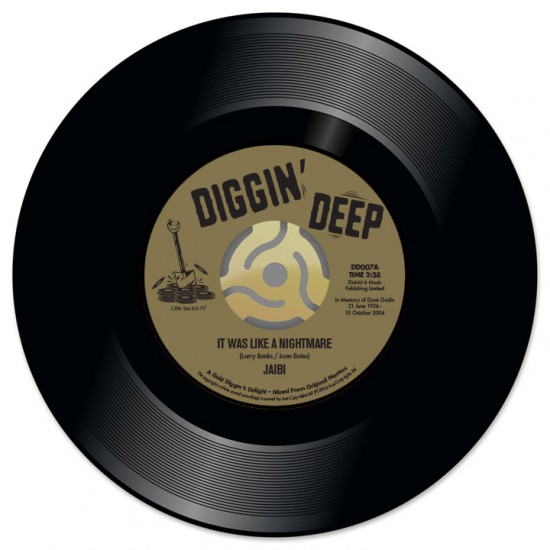 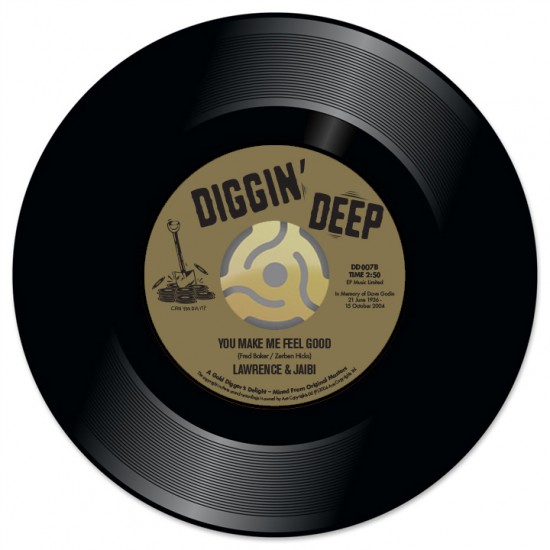 It is with great pleasure that we announce the latest Diggin’ Deep 45 which will be available to order on what would have been Dave Godin’s 83rd birthday.

It is no exaggeration to say that Dave was one of the most influential, if somewhat controversial, figures on the UK Soul scene.  He will mainly be remembered for promoting Tamla Motown in this country and coining the terms ‘Northern’ and ‘Deep’ Soul.  No mean feat!

His contribution to ‘Soul Journalism’ was exceptional and his ability to unearth or exposure underrated talent was legendary.

Both Joan Bates and Larry Banks were artists very dear to Dave. It’s no exaggeration to say that their musical legacy would be ‘lost’ to many of us if it wasn’t for him.

Both these tracks are from the GWP production team out of New York which included Larry Banks.  Banks was responsible for bringing acts such as Kenny Carter, The Exciters and The Dynamics to the fold as well as recording himself and his then wife, Joan Bates.

The ‘A’ side, ‘It Was Like A Nightmare’ was written by Joan and Larry Banks and is a typical ‘Godin side’.

Taken just below mid-tempo it’s the familiar tale of a ‘lover’s triangle’; a well-used idiom for Soul music.

Our heroine is at the alter waiting to take her vows but has she got the man of dreams? One thing is for certain, the indecision is giving her nightmares!

Whatever the outcome, she is definitely with the man of her choice on the flipside, ‘You Make Me Feel Good’. This was co-written by Zerben Hicks and a version by the Dynamics was issued on the flip of his magnificent opus ‘Lights Out’.

Quite why this superior version remained in-the-can is a mystery and was beautifully described by Dave himself:

“Working with an escalating intensity and depth, their gospel-based question and response technique, takes the record to dizzying heights of brilliance”

Now if that doesn’t whet your appetite and have you eager own this music, nothing will!

Please take a few minutes to listen to the promotional video. We hope you’ll agree, this great double-header is a 45 that every Soul fan will want to have in their collection.

The DD007 collector’s release is a limited pressing @ just £12 each plus postage and packing.