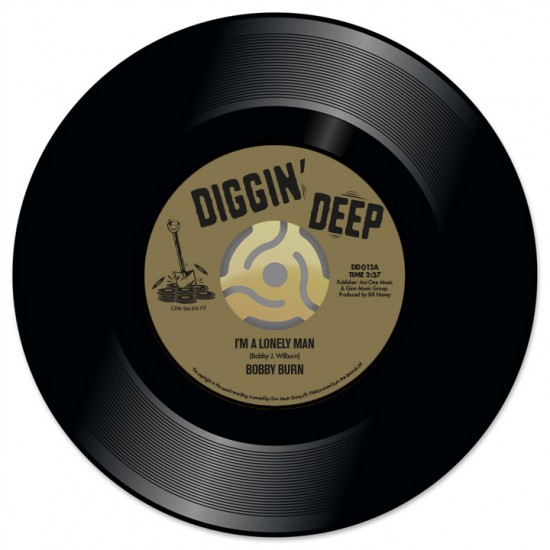 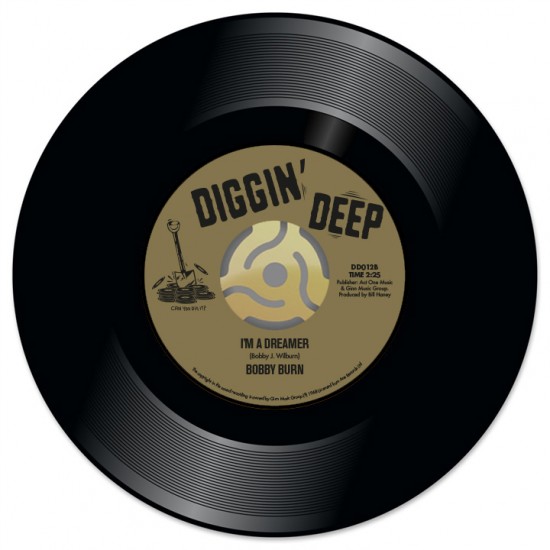 The latest 45 is another superb double-sider that Diggin’ Deep are extremely proud to be able to bring to you. This is its first time on vinyl in almost 50 years.

The Bobby Burn release comprises two tremendous, self-penned, sides, each with a slightly different flavour. Both are classic ‘Southern Soul’ tracks, emanating from the legendary Chant Records, Atlanta, Georgia, USA and seen by collectors worldwide as a double-sided masterpiece!

The tracks were produced and issued on artist Bobby Wilburn, by label owner and producer Bill Haney at Chant Records (under the moniker Bobby Burn - Chant 522) and later reissued by Gamble Records (Gamble 4015) located in New York and Philadelphia, under the name Bobby Wilburn (the artist’s real name). On this occasion we’ve opted to go with the name on the original Chant issue. There is no doubt, both releases are extremely in demand, making upwards of £1,000 on the very rare occasions they appear on the leading auction sites. It may be because it is really too good for mass consumption that this is the first ‘accessible’ vinyl issue, since the surge in demand beyond Atlanta, and it’s first release on this side of the Atlantic.

Yet again we have a situation where Diggin’ Deep are bringing to the fore a 45 by an artist who is little known beyond collectors’ circles. The whereabouts of Bobby Wilburn are a mystery. After he had recorded these two sides, at the end of the sixties, he would drop out of sight never to collect royalties or gain fame or recognition for his magnificent recordings.

In a ‘Voices From The Shadows’ magazine interview with Rod Dearlove, Bill Haney said ‘Bobby was just a typical guy that came off the street. He was easy to work with, well-educated and worked for Morgan at the Railroads in Atlanta. He loved to sing and wrote these two songs, he came to me and asked what I thought of them so I cut the tracks. Then Gamble became interested in the 45 as it was getting some plays. After that I hadn’t heard from him for a very long time’.

It seems that Bobby was a private man and did not care for the fame & fortune that came with being a Musician. He was ambitious in business and more interested in a career that was stable rather than as a singer. This is why the one 45 was his only release. Gamble had planned on finding and signing Bobby to the label but could not locate him. In the end they had to settle on a deal with Haney on ‘I'm A Lonely Man’ / ‘I’m A Dreamer’. When you consider the quality on both sides, one can only dream about what might have been.

The topside ‘I'm A Lonely Man’ is highly regarded in Southern Soul and Lowrider Soul circles, with the flipside ‘I’m A Dreamer’ having been a dancefloor smash on the ‘Crossover’ scene for over 30 years.

We hope you will agree, this great double-header is a 45 that every Soul fan will want to have in their collection.

DD0012 collector’s release is a limited pressing @ just £12 each plus postage and packing. 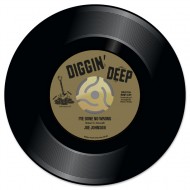 DD 011A Joe Johnson "I’ve Done No Wrong" / DD011B Joe Johnson "Trust In Me"
It is with great pleasure that we announce the latest Diggin’ Deep 45. A new release and two beautiful sides, to lift your spirits and feed your soul!..
£12.00
Ex Tax:£12.00
Add to Cart
Add to Wish List Compare this Product
Quickview 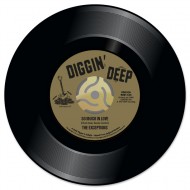 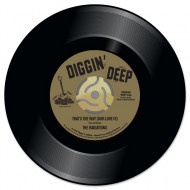 DD 008A The Radiations “That’s The Way (Our Love Is)” / DD 008B The Lovers “When You’re Poor”
It is with great pleasure that we announce the latest Diggin’ Deep 45. A pair of excellent group Soul tracks, available to pre order on 23rd September..
£12.00
Ex Tax:£12.00
Add to Cart
Add to Wish List Compare this Product
Quickview 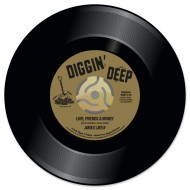 DD 009A James Lately "Love, Friends And Money" / DD 009B Gil Billingsley "I’m Me Just Me"
It is with great pleasure that we announce the latest Diggin’ Deep 45, available to pre order on 29th November 2019, which couples two soulful an..
£12.00
Ex Tax:£12.00
Add to Cart
Add to Wish List Compare this Product
Quickview 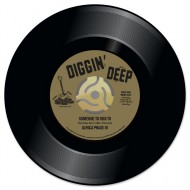 DD 013A Alpaca Phase III "Someone To Run To" / DD013B Frederick Knight "It Ain't No Fun"
Our latest 45 release is another Birmingham, Alabama, double-decker that Diggin’ Deep are extremely proud to be able to bring to you. This being the f..
£12.00
Ex Tax:£12.00
Add to Cart
Add to Wish List Compare this Product
We use cookies and other similar technologies to improve your browsing experience and the functionality of our site. Privacy Policy.